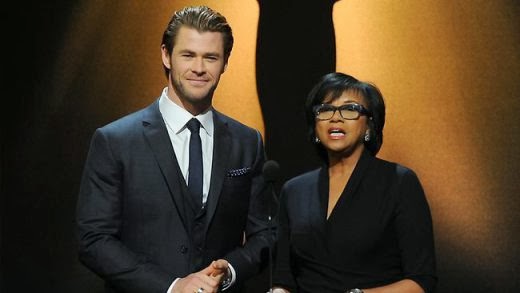 For those of you that aren't aware, I love me some Academy Awards. They are without a doubt imperfect, but they are a heck of a lot of fun. The nominations were announced this morning and as usual people want to point out the "snubs".

While a case can be made for many nominations that weren't made there is only one that is truly shocking and indefensible to me.  That "snub" is not nominating Tom Hanks for Best Actor in 'Captain Phillips'.  Everyone else nominated gave excellent performances and I wouldn't have put up a fuss if he didn't win against this competition.  To not nominate his visceral and emotional performance seems a sin to me though.  I am a huge 'Captain Phillips' fan as I said in my review last year and will soon display again in my forth-coming "Best of 2013" list.  Alas we can't always get what we want.

As in years past I will be doing a very in-depth series of Oscar preview articles before the show, but in the meantime here is the complete list of nominees.

Let me know what you guys think.  Any of your favorites get "snubbed"? What do you think of the strength of the field this year? Let your voices be heard in the comments below!

The Croods
Despicable Me 2
Ernest & Celestine
Frozen
The Wind Rises

"Aquel No Era Yo (That Wasn't Me)," Esteban Crespo
"Avant Que de Tout Perdre (Just Before Losing Everything)," Xavier Legrand and Alexandre Gavras
"Helium," Anders Walter and Kim Magnusson
"Pitääkö Mun Kaikki Hoitaa? (Do I Have to Take Care of Everything?)," Selma Vilhunen and Kirsikka Saari
"The Voorman Problem," Mark Gill and Baldwin Li