Fox is starting to gain momentum with their planned Fantastic Four reboot.  The new film, which is being directed by Chronicle helmer Josh Trank, seems to be closing in on it's final casting decisions for the film's leads.  Some of the names have been out there for awhile, but it is sounding like this is a final list.

As of right now Michael B Jordan(Fruitvale Station) is still the only name attached to Johnny Storm.  It sounds like the three women competing to play his sister, Sue Storm, are Saoirse Ronan(Hanna), Kate Mara(House of Cards) and Margot Robbie(Pan Am).  The final men hoping to play her love interest and team leader as Reed Richards are Jack O’Connell (Skins), Miles Teller(Project X), and Kit Harington(Game of Thrones).  There is no word on who will fill the role of Ben Grimm.  While it does appear these are the finalists for these parts, Fox does caution they have not yet made a final decision.

One thing is very obvious from these names that are popping up, Trank will be focusing on a much younger Fantastic Four than the previous films.  Getting more of an "Ultimate" or early Kirby style team, where the FF are teens or young adults, could be really interesting as long as that doesn't equal teen angst.  I know alot of people have voiced concern over casting Jordan and giving him a fair-skinned sister, but as someone who has biracial folks in my immediate family, I have no issue with this.  I will say that of the women named Kate Mara is far and away my preferred choice.  She has a charisma and projected intelligence I don't get off the other actresses.

What do you guys think of this list?  Who would your preferences be?  What do you think of making a younger team?  Any suggestion for Grimm?  Let your voices be heard in the comments below! 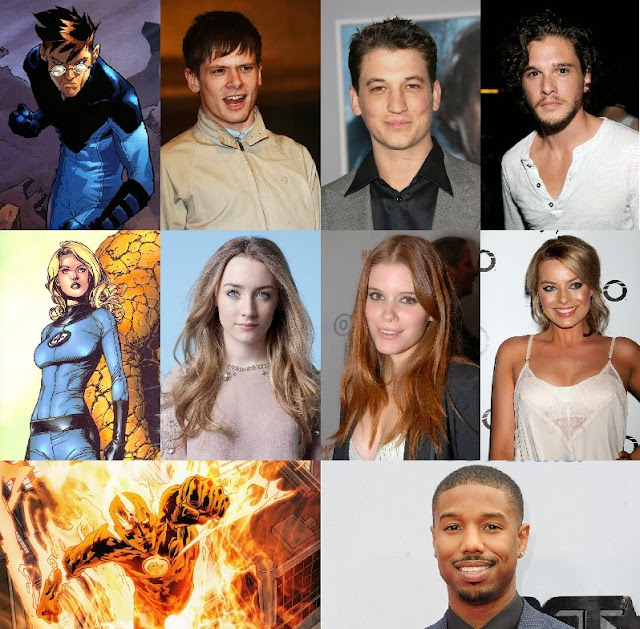