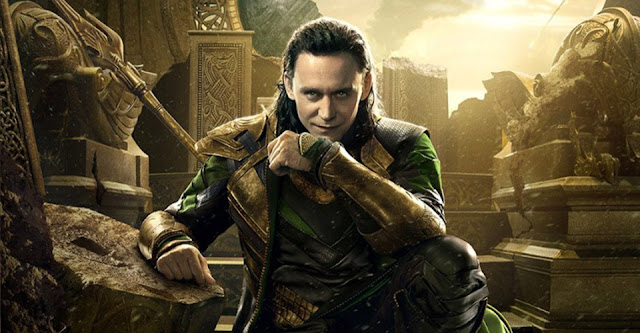 Tom Hiddleston is opening up about the re-shoots that have been occurring on Thor: The Dark World.  While there have been rumors of acrimony behind the scenes between director Alan Taylor(Game of Thrones) and Marvel Studios head Kevin Feige over the shape of the film Hiddleston gives a different reason for these re-shoots.  According to him these re-shoots were all about collaboration and adding more Loki to more fully flesh out the film.  He even states that the ideas for many of these moments originated with him!

"Well, the thing about Kevin Feige is he's very, very open and collaborative. And he and Louis D'Esposito, who run the studio -- I find it very admirable that they're open to ideas. Possibly more now than they would have been the first go-around. Chris Hemsworth and myself have lived inside these characters for two movies now and we've been inside every scene and we know what works and we know what doesn't works. And also, we know what we've done and what we shouldn't try to repeat. Because that was the great sort of fire underneath myself was not wanting to take anything for granted or just put the old recipe in the microwave, you know? And try and find new things for the characters to do -- new iterations of the relationship between Thor and Loki. And Kevin was really open to that. I remember as we were conceiving of the shape of the film, Kevin and [director] Alan Taylor were really open to it, especially because they always talk about the connective aspect of the Marvel universal."

Hopefully Hiddleston is telling the truth and this isn't simply a case of him being the good soldier and trying to put a public smile on a troubling situation.  As far as I am concerned more Loki is always a good thing and if it comes from a character driven place then I am all for it.  I would love to say that I have absolute faith in Taylor and Feige as well, but Taylor still needs to prove himself as a big feature director and Feige has shown in the past his involvement isn't infallible especially after the Mandarin debacle.  So, I reserve the right to change my mind at any time.

If you would like to read more of Hiddleston's interview with The Huffington Post you can do so here where he discusses his past experiences with The Avengers and his new film Only Lovers Left Alive.  Marvel has also just released a new German Loki character poster today as well, that you can see below.

I want to know what you guys think.  Are you worried about Thor: The Dark World?  Is this much ado about nothing?  Isn't more Loki always a good thing?  Sound off in the comments below and let your voice be heard!