Three New Banners For ‘The Hobbit: The Desolation of Smaug’

I have made no secret of the fact that I am not a big fan of Peter Jackson's Tolkien films.  They are fine as big-budget fantasy, of which there is often a great dearth.  I simply cannot get excited for them.  The whole idea of splitting The Hobbit into three separate movies strikes me as being primarily ego and money driven.  That being said, like most of you I will end up buying my ticket.

To help us all get hyped up for the December 13 release of The Hobbit: The Desolation of Smaug we got three new banners for the film today.  It was also announced that a new trailer will hit tomorrow evening. So check out the new images below and let me know what you think.

Do you think I'm nuts for not being excited for these movies?  Are these Hobbit films satisfying you if you were a big fan of Jackson's Lord of The Rings?  What are you hoping to get out of the next film?  Let your voices be heard in the comments below! 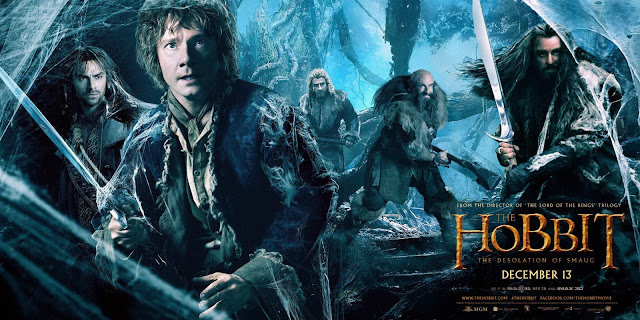