Disney has just released a new poster for their holiday animated film Frozen.  The film stars Kristen Bell(Veronica Mars, Heroes) as Ana, a girl who must journey to try and save her sister Elsa, the Snow Queen, who has put a curse on the land to create an endless winter.  A full trailer will be released on September 26 for the movie, which is being directed by Jennifer Lee(Wreck-It Ralph) and Chris Buck(Tarzan, Surf's Up).

I am really looking forward to this one.  Disney's computer animation had a bland start, but Tangled was able to capture that classic Disney magic of it's glory days and Wreck-It Ralph rose to a Pixar-like level.  If Frozen can live up to those films it should be a really good time when it is released on November 27.    I am still a little disappointed it isn't traditional cell animation as it was originally announced, but as long as we get a good movie that is just picking nits.

What do you guys think?  Do you like the new Poster?  Are you bummed it isn't 2-D?  Do you think I'm a little girl for looking forward to a Disney Princess movie?  Let your voice be heard in the comments below! 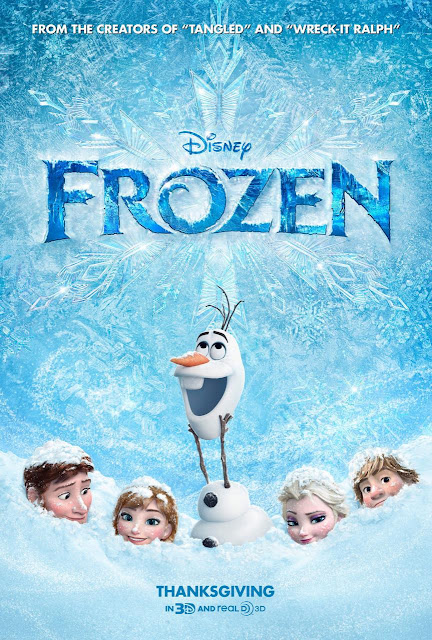