"Two vast and trunkless legs of stone Stand in the desert."  - Ozymandias 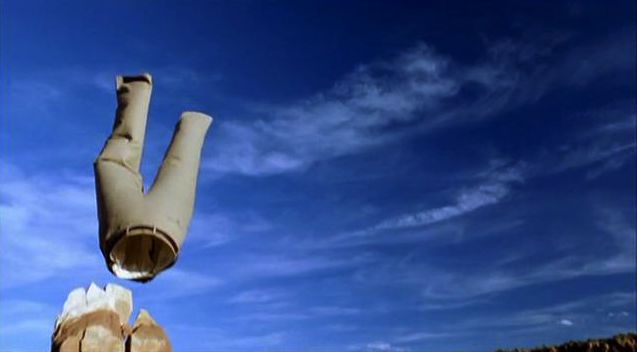 If you are anything like me you spent last night on the edge of your seat, holding on as Breaking Bad rocketed forward hoping that you were able to capture every detail.  Alas, it looks like Vince Gilligan once again proves that he is more clever than any of us by adding a literal call-back to the pilot, in addition to his narrative one the episode began with, in the form of a pair of khakis. 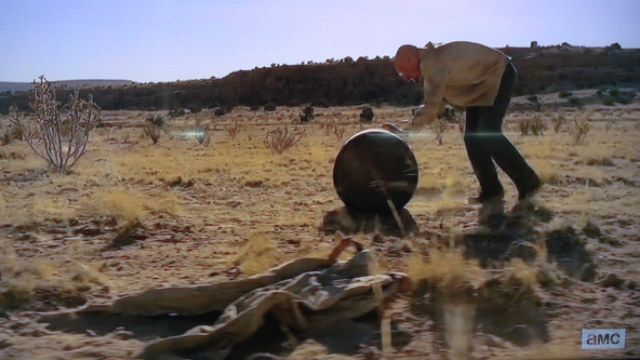 While Walt was going about his Sisyphean task of rolling his barrel of money through the desert he passed by his own lost pants from a year previous.  Like so many seemingly loose ends this show has already tied up, we now have resolution on what happened to Walt's pants; which just goes to further strengthen the narrative and metaphorical underpinnings of the show.

It may be next to impossible to catch this things the first time through, so thank goodness Twitter is there to help us out in these circumstances.  Only two episodes left . . . are you ready?