Josh Brolin Confirms He Was Considered For Batman! 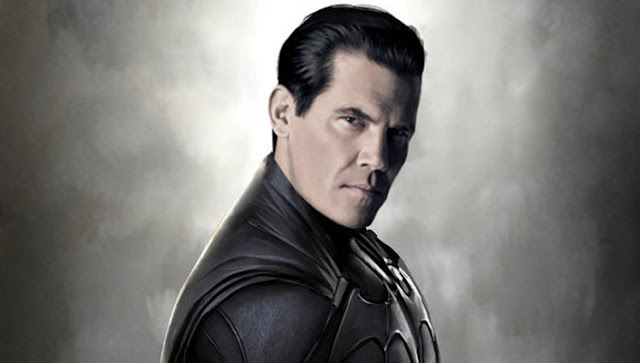 Ever since Christian Bale first said he was done as Batman, and the first whispers that Zack Snyder was looking for a more mature actor to don the cowl in the Man of Steel follow-up surfaced, a huge contingent of fan-boys all over the internet let it be known that their dream casting was Josh Brolin.
As we all know the part eventually went to Ben Affleck and the interwebs lost their collective minds.  Well, Josh Brolin has just confirmed that there were indeed talks about him taking on the iconic character.

"We did. I didn't have conversations about it, but Zack, that was part of his idea. It just didn't turn out. It's OK. It is OK. You know, another scenario might have worked better, but I'm happy for Ben."

Even though it sounds like Brolin is a little disappointed over losing the role, he does extend his sympathies to Affleck for having to endure the incredibly sharp backlash over his casting.

"I've never seen such a global reaction in my life," Brolin said. "I feel for him, truly. I would not want to be him right now. The reaction becomes so personal," Brolin said. "It's like, 'Fuck this guy, I wish he was dead.' And you're like, 'What? Dude, seriously? This guy is just working like you are. He's doing the same thing you are. He's trying to make the best choices he can.'"

Brolin won't say he is glad he doesn't have to face the heat, but he does hope Affleck gets his own victory over the naysayers.

"I think I might have said that like 15 years ago, but now, because of the Internet, man, I just feel for anybody who gets lambasted at that level. I want him to kick ass and I want everyone to love it and kind of eat their words."

I for one always found the outrage over Affleck was misplaced. I honestly believe that he may be able to create a more successfully married Batman and Bruce Wayne than we have seen in the past.  I just wish he was ghost directing as well.  As far as Brolin goes I always felt an undercurrent of arrogance or cockiness in his characters that simply doesn't feel right in Batman to me.
What do you guys think?  Are you still mourning the loss of what could have been?  Was Brolin your dream casting? Someone else? Does Affleck ruin your expectations for the next film?  Voice your comment below and let yourself be heard!