James Spader On Preparing For 'Avengers: Age Of Ultron' 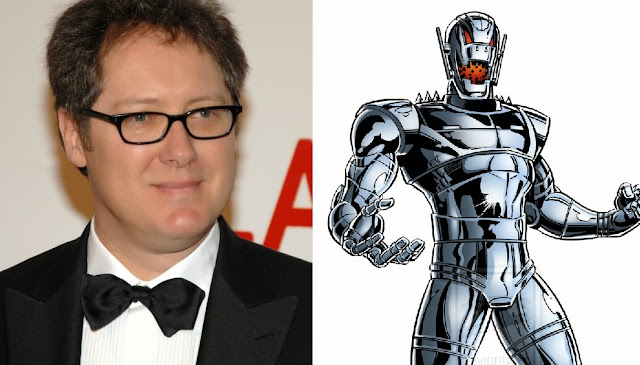 Aside from Ben Affleck being cast as Batman, James Spader being selected to play the titular villain Ultron in Avengers: Age of Ultron has been the biggest casting news of the year.  We have previously heard Joss Whedon's explanation of why he feels Spader is the right choice to take on The Avengers.  Thanks to Spader doing tons of press for his new show, The Blacklist, we finally get to hear from the man himself about his preparations for the role.


"I have spoken to Joss Whedon about it . . . and yes, actually, just this weekend I went in for them to take very extensive photographs, head scans, body scans, and all kinds of things in preparation for figuring out how the hell I'm gonna fit in this Ultron character!"


Spader went on to express his personal joy at becoming a part of this comic-book universe.

"I think it'll be a lot of fun and it's incredibly nostalgic for me. When I was a kid my best friend had trunks of comics and I didn't have any so I used to love going for sleepovers at his house. Also I have three sons and two of them have a great interest in comics so they're excited I'm playing the role."


The one thing that jumped out me are the comments about the extensive scans and photos.  Obviously, that means Spader won't be soley doing voice-over work, but how exactly will the character be realized?  Will it be a suit/CGI combo as they have done with Iron Man?  Or a performance capture driven CGI character like Hulk?  Could we be seeing a dramatic redesign that gives Ultron more human like features that are based of Spader's own?  Alot of fun hypotheticals for us, as fans, to all mull over in the coming months.  I can't imagine better casting for Ultron than Spader, now let's just see what they do with him!

What do you guys think?  Am I taking too much out of context?  Would you like to see a practical suit, performance capture or something else?  How would you feel about a more human featured Ultron?  Let your voices be heard in the comments below!