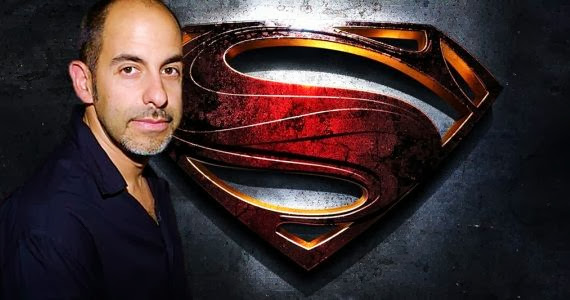 This summer's Superman reboot, Man of Steel, was undeniably a financial success, grossing over $660 million world-wide, but it was a little more split when it came to fan reaction.  The greatest point of division came from the resolution with Zod which ended with Superman literally snapping Zod's neck and killing him.  Some saw this as a betrayal of the Superman mythos, believing he should never kill, some cited examples from the decades old comics to defend it and some people wondered what all the fuss was about.  One of the voices we hadn't heard on the topic was the film's screenwriter David Goyer.  Speaking at the BAFTA and BFI Screenwriter's Lecture, Goyer is finally opening up about his decision making process.

“We were pretty sure that was going to be controversial. It’s not like we were deluding ourselves, and we weren’t just doing it to be cool. We felt, in the case of Zod, we wanted to put the character in an impossible situation and make an impossible choice.

This is one area, and I’ve written comic books as well and this is where I disagree with some of my fellow comic book writers – ‘Superman doesn’t kill’. It’s a rule that exists outside of the narrative and I just don’t believe in rules like that. I believe when you’re writing film or television, you can’t rely on a crutch or rule that exists outside of the narrative of the film.”

Goyer believes that they had to paint Superman into a tight narrative corner, where he would be forced to make an impossible decision.  Any other resolution would be a cop-out of sorts.

“So the situation was, Zod says ‘I’m not going to stop until you kill me or I kill you.’ The reality is no prison on the planet could hold him and in our film Superman can’t fly to the moon, and we didn’t want to come up with that crutch.”

He does also reassure us that this won't be a forgotten moment.  Instead he views this as important decision that will go on to further shape the character in films to come.

“Also our movie was in a way Superman Begins, he’s not really Superman until the end of the film. We wanted him to have had that experience of having taken a life and carry that through onto the next films. Because he’s Superman and because people idolise him he will have to hold himself to a higher standard.”

In a separate interview from THR, Goyer was asked if he was writing a Justice League film and he simply said, "Might be, can't say."  Certainly not a surprising response considering he is currently working on Batman vs Superman which is two years away and one would think a full fledged Justice League movie could arrive no sooner than two years after that.

With regard to the discussion of Superman killing Zod, I for one didn't have a huge problem with it.  I was glad it wasn't a complete deus-exmachina.  In a perfect world I would have preferred to have an impossible situation like this appear after we have had a chance to really define who this Superman is in few films before he is pushed to kill.  If a man who chooses not to kill is then pushed to kill against his nature that is more interesting that someone who kills their first time out of the gate.  Regardless, I don't think it is nearly the betrayal of the character as say, if Batman had shot Joker in the face.  I do think these controversies could lead to an interesting jumping off point for the follow-up in Batman vs Superman though.

If Ben Affleck's Batman abhors killing and sees himself a a protector of a city and it's citizens, it is easy to imagine that he would instantly see his agenda in conflict with Superman's.  Throw in a destroyed Metropolis that needs to be rebuilt into "The City of Tomorrow", it seems obvious an industrialist, like Lex Luthor, could step in and use it as a public platform to curse the name of the alien who destroyed it by bringing conflict down on them.  I have a feeling we will be getting a joint news conferences from Luthor and Bruce Wayne pretty early in the new film.

I want to know what you guys think!  Do you buy Goyer's explanation?  Do you think the problems with Man of Steel went beyond this one decision?  Did the destruction of the city bother you more than killing Zod?  What would you like to see out of Batman vs Superman?  What about Justice League? Let your voices be heard in the comments below!