Bill Condon Revelas His Take On An Aging Sherlock Holmes

Last week we learned that Bill Condon and Ian McKellen will be re-teaming for a new Sherlock Holmes film titled A Slight Trick of the Mind.  Condon, who is currently at the Toronto International Film Festival promoting his Wikileaks biopic The Fifth Estate, has shed a little light on what will set his Sherlock apart from all the others that are currently out there.

"It’s a great idea: who is Sherlock Holmes without his mental acuity?  The thing that defines him is fading, is going away; what’s left?  But he has enough of it—just [to reassure] Holmes fans—to figure out one final puzzle.”

Condon also expresses excitement over the script and working with McKellen again.

“It’s a beautiful script written by Jeffrey Hatcher and it’s a great part and I’ve been looking for something to do with Ian for the longest time, and he read it very quickly and said ‘It’s a part and a half,’ and he said he’d love to do it.  So it wasn’t tough [to get him] at all, it was really exciting.”

One thing that does still appear to be up in the air though, is just when the movie will shoot and consequently whether it will hit it's previously announced release date in late 2014.

“Well we’ll see, I don’t know.  We’re trying to figure out the dates whether that’s going to be too tight.  Either that or the following year.  We’re going to film outside of London.” 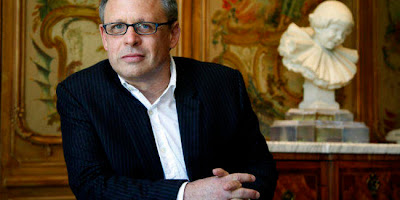 Anything that Ian McKellan or Bill Condon decide to work on is usually worth paying attention to, but Condon's new statement that Holmes may be losing his "mental acuity" has me completely intrigued.  If they pull this off it could be be a complete deconstruction and examination of the man behind the icon, and that would be absolutely  fascinating.

This movie is quickly shooting up my list of anticipated projects.  Now, lets just cross our fingers that when more casting is announced we get Patrick Stewart as Watson.  Ever since a Talkbacker suggested this casting last week I can't shake how perfect it would be, and I will be disappointed with anyone else.

What do you guys think?  Does the idea of a "fading" Holmes intrigue you as much as it does me? Or, does it completely negate the intrigue of the character? Wouldn't Stewart make a perfect Watson?  Sound off in the comments below!