Alan Taylor Discusses His Vision For 'Thor: The Dark World' 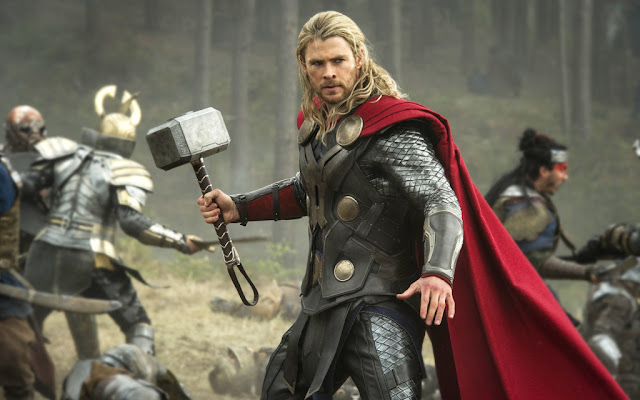 There have been rumors of trouble plaguing Thor: The Dark World with reports of disagreements about everything from the soundtrack to running time, and that was even before those re-shoots took place.  What has been a little lost in all of this is, what is going to set this sequel apart from the first film?  In the new issue of SFX director Alan Taylor opens up about just that, as well as what he brought to the table.

“I love doing period stuff, and I was immersed in Game Of Thrones . . . I was lucky that Marvel seemed to have an appetite for that this time. They’d consciously steered away from that kind of thing in the first one. Because they wanted to make sure they were distinguishing themselves from Lord Of The Rings. They didn’t want to be mistaken for that. But by the time I came along it seemed like they were ready to embrace a slightly more historical attitude towards it.”


Taylor also discussed why he thought focusing on other aspects of Asgardian culture like horses was important as well.

“In my mind this is an ancient, ancient culture that highly reveres the horse and the culture of the horse. We still use fountain pens because we think they’re really cool – it’s not like we all use laser pens. So I think there’s a living culture that keeps these things. To me the defining thing was that Thor is a superhero amongst many superheroes, but the thing that makes him different is the thing that should be featured in the movie. And that is that he’s also a warrior prince from ancient culture.”


I am looking forward to Taylor's final film.  I worry a bit that he may lose some of the elevated grandness that Kenneth Branagh was able to bring to the franchise and wonder how his pacing will translate to a huge tent-pole film, after spending so long working in serialized TV.  That being said, I feel that Taylor is more than up to the task and of all the announced Phase 2 film-makers he was the one I felt the most confidence in from the beginning.  It will be interesting to see what the final product ends up being.   I want to know what you guys think.  Do you think that Alan Taylor is the right man for the job?  What would you like to see out of the Thor movie franchise?  Do all these rumors of behind the camera politics have you worried?  Let your voices be heard in the comments below!