I love the Teenage Mutant Ninja Turtles. That is something that I am not ever going to apologize for. I can't help it, it's ingrained in my DNA.  I don't know if that's just a result of me being a young boy in the late 80's and early 90's, or if I am just that cool.  Judge me if you want, but if you can't see how inherently awesome 6ft tall turtles using karate to fight sci-fi villains on the gritty streets of New York is, then you are the one with the problem.  I'm not saying any of this in an ironic way or with a wink.  I am a nearly 30 yr old man who still reads Teenage Mutant Ninja Turtle comics and will never apologize for it.  All that being said, it should be very obvious that when news hit that Michael Bay's Platinum Dunes production company is developing a re-booted Teenage Mutant Ninja Turtles live-action movie franchise for Paramount, I started doing metaphorical back flips in my head!

Platinum Dunes, best known for their horror re-boots(Texas Chainsaw Massacre, Nightmare on Elm Street), seem deadset on not only relaunching the franchise but making it a true action film.  It would be easy to make a campy send up movie of these characters, but Platinum Dunes doesn't seem to want to take the cheap shot.  They have brought on the team of Josh Applebaum and Andre Nemec( who wrote last year's best action film MI: Ghost Protocol) to write the script and news hit today at Variety that they are bringing Jonathan Liebesman on board to direct.  Liebsman is the hot up and coming action film-maker behind Battle Los Angeles and the soon to be released Wrath of the Titans.  I don't know if Liebsman is the perfect choice for this movie, I'm still not exactly sure who he is filmmaker since we just don't have that large of a sample size of his work.  What I do love is that his selection, along with these writers, shows a commitment to make a serious straightforward movie(well, as serious as a movie about turtle super-heroes can be!)  And that ladies and gentleman makes this overgrown 10yr old a very happy boy indeed!

Sound off in the comments below and let me know what you think. What would you like to see in a new Teenage Mutant Ninja Turtles movie? Any particular characters or villains you want?  What kind of tone are you looking for?  Or are you just shaking your head at my enthusiasm for something I should have outgrown almost 20 yrs ago?  Let your voice be heard! 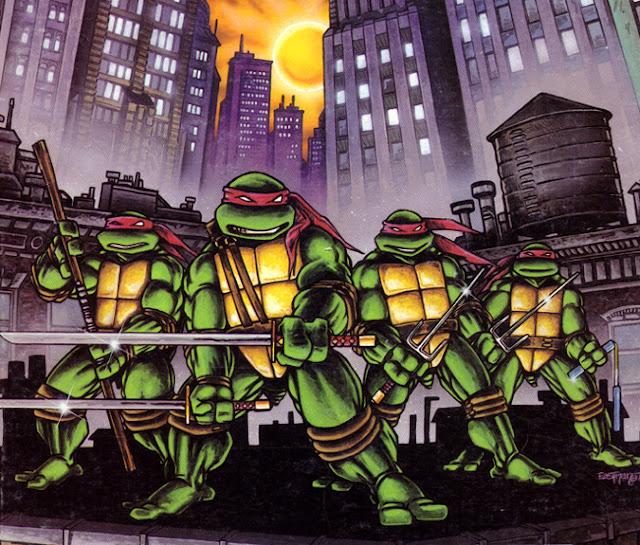