Over the last few months there has been a bit of confusion over if, and/or when, a follow-up to The Adventures of Tinitn would happen.  When this iteration of Tintin was conceived originally, it was going to be structured as back to back shoots for three movies with Steven Spielberg and Peter Jackson trading off directing duties on the first & second films and co-directing the third movie.  What actually ended up happening though was Universal got cold feet and pulled out of co-financing the the movies with Paramount.  Sony eventually stepped up with the money to replace Universal, but it resulted in a year long delay.  To help minimize the financial risk the new deal would only commit to releasing the first movie before a go-ahead would be given to any sequels.  In the meantime Peter Jackson ended up committing himself to directing two Hobbit films, a decision that would seem to take him out of circulation for any other project for at least three years.

We finally got out first Tintin movie in December, directed by Steven Spielberg, and it was a decent success.  While it may not have been burning down the box office in the States, it made a ton of money overseas and was generally well received.  So the question quickly became, when do we get the next one?  With Spielberg already working on his Lincoln film as well as committed to Robopocalypse and Jackson off making his Hobbit films, it seemed if we did get a new Tinitin it would be quite a wait.

It now looks like we will not only be getting that second film, but it is going to be happening a whole lot sooner than many of us would have thought possible.  Steven Spielberg reveals in an interview with TotalFilm that not only will Peter Jackson be directing the next Tintin film, as originally planned, he will actually be filming the motion capture performances this year!

“Peter [Jackson]’s doing it. I wanted to do it, but Peter has to because we made a deal. I said, ‘I’ll direct the first one, you direct the second one.’ And Peter, of course, is going to do it right after he finishes photography on The Hobbit. He’ll go right into the 31, 21 days of performance capture.” 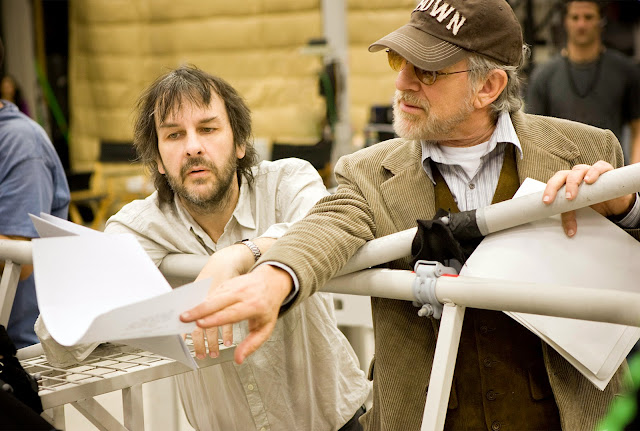 At first glance Spielberg's schedule seems impossible.  Jackson will be filming The Hobbit through next year.  This is where a very clever bit of scheduling comes in.  Even though The Hobbit will be shooting over a year total, it is actually broken up into large chunks with breaks of over a month of time in between.  The idea was that it allows Jackson and Weta to work on post-production work on the first film while also laying the groundwork for future shooting by completing additional sets etc. and gives the actors the ability to work on other projects during the hiatus.  Well, this is when owning your own effects house that works on all your movies in your hometown comes in handy.  Jackson has now decided that he will literally go from shooting scenes for The Hobbit on a Friday to shooting performance capture on Monday.  While shooting Tintin he will be supervising the post-work on The Hobbit and then when he moves back to shooting for the Hobbit his Weta team will have the performance information to start animating the film.  Say what you want to about Peter Jackson, but the guy certainly isn't afraid to work his ass off!

While this is all welcome news as The Adventure of Tintin was a very enjoyable movie and revealed huge possibilities for the property, I have to admit I am not waiting with bated breath for Jackson's movie.  Spielberg is the absolute king of the rip-roaring serial adventure film, but I really don't know how Jackson can live up to that.  I don't know if there is a director on earth who could match the minutes long unbroken car chase from the first film; but, if there is I really don't believe that his name is Peter Jackson.  Don't get me wrong, I don't need Jackson to make the same film as Spielberg, but some of the biggest weaknesses of the first film(namely an aesthetic distance and coldness of the characters) are some of Jackson's biggest weaknesses.  I am worried that a motion capture film may bring out the worst in Jackson, not the best.  I am definitely hoping for the best, but I have my reservations.  Let's call it cautious optimism, regardless though it will be nice to get these movies sooner rather that later.

But, I wanna know what you think, are you stoked for a Peter Jackson directed Tintin adventure?  What did you think of the first film?  What do you feel Jackson's strengths and weakness's vs Spielberg's may be with these films?  Or did you really care less? Leave a comment below and let me know!