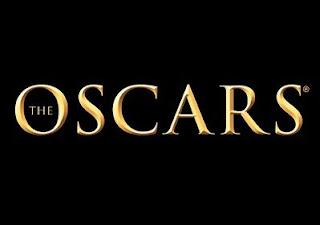 The 84th Academy Awards will be held this coming Sunday night, February 26th. Each day I will reveal my predictions for multiple awards with a culmination on Friday with a complete listing of all Oscar predictions and a complete breakdown of the Oscar race on a special Academy Awards edition of Nickel-Eye NewsCast! If you missed the previous picks you can find Day 1 here and Day 2 here.  Let's get to today's predictions!


Should Win:  There is only one screenplay in this category that rises above the rest and deserves to win.  Bridesmaids isn't that film because not only is it a straight comedy, but I didn't feel it was even that strong an example of it's genre.  Margin Call is a nice film that took a topical & dry subject and made it interesting and dramatic, but it isn't a movie we will still be referring to decades from now.  I absolutely loved A Separation but it is hard to judge the strength of a screenplay when only a portion of it is translated.  The Artist has a great story and structure, but there is no competing with one of the strongest screenplays of Woody Allen's career.  His screenplay deals with the artistic process, nostalgia, unrequited longing and self doubt in both insightful and hilarious ways.  Witty dialogue in Midnight in Paris isn't an end to itself, but a way to gain insight into both character and some broad issues that we all struggle with.  The brilliance of the script is that Allen puts words to emotions that we all feel yet are so often unable to vocalize.  Midnight in Paris was the best written film of the year.


Will Win:  I don't see how Woody Allen doesn't win this Academy Award.  Even if The Artist is having a huge night, I think the Academy will want to recognize Woody Allen's work in some way.  The Best Original Screenplay Oscar will becomes a consolation prize to one of America's greatest auteurs.


Should Win:  This is one of the few categories that is an absolute slam dunk, in terms of the film that should win will win. A Separation isn't just a great "Foreign-Language Film" is a great film by any measure.  It would be easy and incorrect to try and sum up the film in one sentence as being about a man and a woman headed towards divorce.  This is a movie that cannot be so easily defined.  This is a film about great divides affecting everything from class, gender, religion, age, spouses, bureaucracy and even distance from one's own mind or emotions.  The movie achieves the unique feat of being universally human and giving us greater insight and understanding into a society we seldom see or understand from the outside.  A Separation is a great and timely film that deserves all of the recognition it can get on Sunday night.


Will Win:  This is a clear case where the film that should win, will win.  The only possible upset would come from the Polish film, In Darkness.  The Academy has often responded well to films about the Holocaust but subject matter won't be enough to win the award.  A Separation has so much momentum it even got a nomination for best original screenplay as a foreign film.  This movie has a ton of support and will win the Academy award for best foreign language film.


Should Win:  In case you were wondering, sound editing is the collection and creation of the sounds that you hear in a movie and sound mixing deals with the placement and volume of the sounds. So the Best Sound Editing award should go to the best individual sounds of the year.  For my money it's an easy call this year, War Horse had one of the most immerse soundtracks of the year.  You could clearly hear and feel every hoof fall, bullet and more.  War Horse didn't simply show you World War I, you heard and felt it as well. Warhorse deserves the Academy Award for Best Sound Editing.


Will Win:  Warhorse and Transformers: Dark of the Moon have to be considered the front-runners for this category.  They both have big robust and plentiful sound effects, but I do think that it is worth mentioning the less in-your-face work of Hugo. Whether it is the sound the clockwork gears of a toy, the ambient noises the giant train station or the flicker of a film projector; Hugo's sound editors brought many different elements into the fold. Unfortunately, it just won't be showy enough to get the win.  War Horse is going to win this Oscar. It has a robust enough soundtrack to compete with a spectacle film like Transformers, but it also has more respect as an all around good movie.  I would be surprised if War Horse didn't take the prize.


Should Win:  What I'm about to say is going to surprise alot of people, but Max von Sydow deserves to win Best Supporting Actor.  It is nothing against any of the other performances in this category, it is simply a matter of him elevating the material he was given to work with.  Max von Sydow was able to take a character that never opens his mouth to speak and not only garner sympathy but relay so much emotional information we begin to understand him.  He enters the film as a complete mystery and by the end we feel know exactly who this man is, why he acts as he does and how he feels about his life.  That is truly exceptional work.  Max von Sydow deserves to win.


Will Win:  This one is a little harder to predict than it is to choose a favorite.  Aside from Jonah Hill, each one of these men has been nominated multiple times and never taken an Oscar home.  I don't think Branagh will win, because he is younger and seen as both a film-maker and an actor, they won't go out of their way to award him for a supporting role in someone else's film.  That leaves Max von Sydow, Nick Nolte and Christopher Plummer.  It is easy to see that awarding any of these men will be seen as a bit of a "lifetime" achievement award.  The question is which one?  I don't think that Nolte has the full support of Hollywood back after his decline over the last decade.  Of the two men that are left Christopher Plummer would be the safest bet.  He has been winning awards everywhere for his performance in Beginners.  Let's face it, playing a dying man never hurt anyone's chances at winning an award either.  As much as I would love for Max von Sydow to win, Christopher Plummer will take home the prize.


Should Win:  This might be my favorite award of the night comes Sunday.  What makes it so neat is that any woman that wins this award you can honestly call it an upset. Each of these women are underdogs for different reasons.  Whether it is race, country of origin, body type or something else all of these women have struggled just to get their careers going.  Any of these women getting acclaim on Sunday night will be something really exciting to see. As happy as I would be to see any of these women win the three most deserving of recognition are Berenice Bejo, Jessica Chastain and Octavia Spencer. Looking at the two women from The Help I would be more inclined to recognize Jessica Chastain. Octavia Spencer did a beautiful job of playing a woman we can all love but it is Jessica Chastain who had the harder task.  She had to play a "silly" chrachter with a hidden soulfulness. It's not an easy thing to hide pain, sorrow and embarrassment behind cleavage, big hair and comedy pratfalls while keeping the whole performance honest, but that's exactly what Jessica Chastain did.  As much as I respect her performance though, and that of all the other women,  Berenice Bejo deserves to take the statue home.  Through her performance The Artist in imbued with heart, soul and a conscious.  Wit her physical grace, beauty and skill she represents the good possibilities of all our tomorrows.  I can imagine The Help without Jessica Chastain, The Artist could not exist with Berenice Bejo.  THat is why she deserves the Academy Award.


Will Win:  When we look at who's going to win Best Supporting Actress there are couple of people that just don't have a chance.  Albert Nobbs doesn't have the awards momentum to carry relatively unknown Janet McTeer to picking up the statue.  As fun as it would be to see Mike and Molly star Melissa McCarthy win an Oscar, the Academy Awards simply takes itself too seriously to award a purely comedic role. Which means we are once again left with the two nominees from The Help alongside Berenice Bejo.  When it comes to voting Octavia Spencer might have a leg up on her costar. She has already picked up numerous awards, including Best Supporting Actress from the Golden Globes.  The question is whether the Academy will want to knowledge Octavia Spencer for her sassy performance or will it crown a bright new star with this award as it did with Marion Cotillard four years ago.  Once again, I think The Artist is going to have a big night and Berenice Bejo is such an indispensable part of the film that with those two advantages built-in she will win the award.


Sound off below with your thoughts on these categories. Am I right on the nose or way off? Leave a comment below and make sure you look for more Academy Award predictions as the week moves forward!