John McClane Jr Has Been Cast!

Tom Rothman, the chairman of Fox, has just announced on Jim Rome's radio show that Jai Courtney has been cast as John McClane Jr for next winter's A Good Day To Die Hard.  You may be familiar with Jai from his work on Spartacus on Starz, but it looks like Hollywood is ready to try and make him a bone-fide action star.  I'm not sure how I feel about the Die Hard franchise's current direction(especially these silly titles and PG-13 tone) and would prefer not to have a passing of the torch from generation to generation. If it has to be done though, I guess Courtney is as good a choice as any, he was able to play a sympathetic character in Spartacus so hopefully Jr won't be one-dimensional.

I want to know what you think.  Sound off in the comments below about the casting of Courtney as John McClane Jr and what you would like to see happen to this franchise! 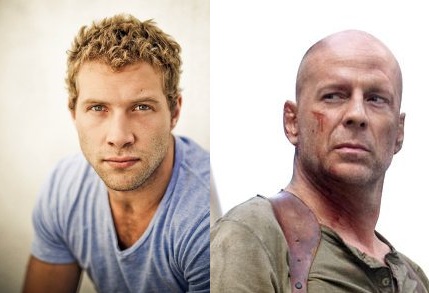