Guillermo Del Toro moves forward with Beauty and the Beast

Things are coming together on your Guillermo Del Toro's adaptation of the Beauty and the Beast. There was chatter last summer that Del Toro  was interested in making a Beauty and the Beast film, but it was hard to take it as more than idle chatter since he is attached to so many possible projects at any given moment.  Well, it looks like things have moved on from mere conversation and are beginning to coalesce into an real movie.

Andrew Davis(The Three Musketeers, Bridget Jones) has been brought on-board to write a screenplay for the film from a treatment written by Del Toro.  This is encouraging news because at one point it looked like Del Toro would only be producing the film(if it was made at all).  For him to be taking such an active role, in guiding the movie both as director and shaping the script, shows that this project is something he must be increasingly passionate about. 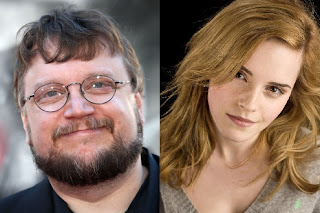 The casting is also starting to firm up.  The rumors are that Del Toro's first choice for the role of Beauty, Emma Watson of Harry Potter fame, is already in final negotiations to sign on for the part.

There is still much that we don't know about this movie.  There have been rumors that the film could be set as a period piece, whom will fill the Beast's part and what sort of tone Del Toro will be delivering.  It would be easy to imagine him making anything from a horror film to a classical fantasy take.  It will probably be quite awhile until we get some answers to these questions as he will certainly tied up with Pacific Rim(his big monster battle film) for at least the next year.  Regardless of how long it may take to come to fruition, it is worth getting excited anytime a master of imagination like Del Toro attaches himself to a classic fantasy tale.

Let me know what you guys think in the comments below.  Is Del Toro adapting Beauty and the Beast to the big screen a match made in heaven?  Or, are you still mourning the loss of his Hobbit and Mountains of Madness?