The World's End with Edgar Wright and Simon Pegg!

It's already been eight years since Hot Fuzz and eight since Shaun of the Dead.  Mind boggling isn't it?  Well, the world can let out a sigh of relief because Edgar Wright released the first image of him and Simon Pegg working on their third theatrical collaboration, The World's End via his twitter.  Now don't get me wrong these two(not to mention Nick Frost) have done some great work in the meantime, but when these guys get together magic just happens.

So, if you are as easily impressed as me you are probably grinning from ear to ear right now.  If not, I guess you'll have to wait a year or more for the film to get made before you become excited.  Either way we have got another movie to add to our lists of most anticipated future releases.

So check out the picture below and let me know what you think.  Are you hoping for another satire?  If so, what genre?  Now if you'll excuse me I have to go re-watch some episodes of Spaced now . . .


PS If you haven't seen Spaced the show that started this great collaboration you really owe it to yourself to do so, it's even on Netflix streaming now, so no excuses! 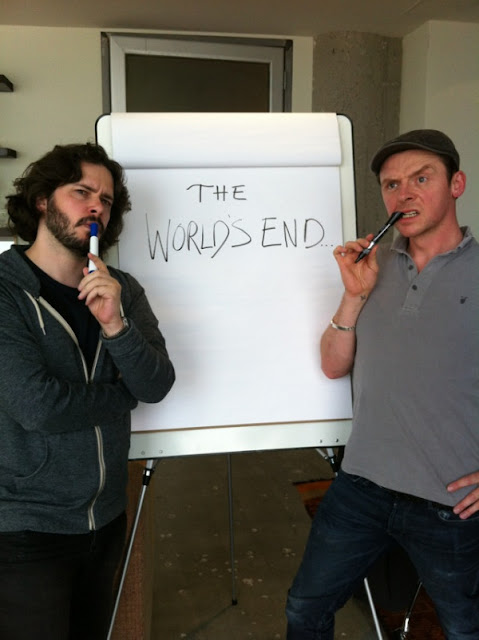