Captain America 2 to film this year followed by Nick Fury? 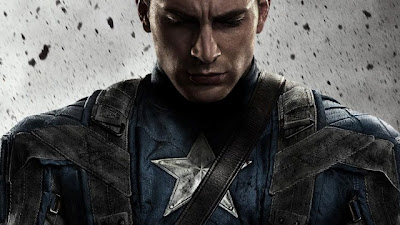 It looks like Marvel may begin production on Captain America 2 this year to be followed by a Nick Fury/SHIELD movie to follow.  This comes from an interview on IMDB Television with Neal McDonough.  In the interview McDonough states: “They’re planning [to go into production] for the end of this year, because Marvel does one film at a time. So they’re going to do Thor 2 and as soon as Thor has wrapped, they’ll do Cap 2. Hopefully right after that, we’ll jump into Nick Fury because that’s the one I’m looking forward to more than anything.”


While this is totally unofficial at this point, the timing would make alot of sense for Marvel Studios.  We know that The Avengers will be coming out this spring and that Thor 2 and Iron Man 3 will begin shooting this summer.  Marvel has already defined the following schedule:

So the question we have been wondering for awhile now, is what are those next two movies.  Marvel has other projects in various states of gestation like Ant Man, Black Widow, Hawkeye to The Inhumans so it seemed totally up in the air what movies we would be getting in 2014.

If McDonough is to be believed I gotta say I'm stoked.  Don't get me wrong I'd love to see Edgar Wright's Ant Man(especially before an Avengers 2), but Captain America was one of my favorite movies of the year and the fact that we could be getting a sequel a little sooner than expected is just awesome.  Also as much as a Nick Fury movie sounds great in any context, something else may be revealed by this quote.  Neal McDonough plays Dum Dum Dugan and says he would be in a Nick Fury movie, the implication would be that Nick Fury may be a period film!  If you don't think the idea of Samuel L Jackson kicking ass in a war zone with the Howling Banshees is bad ass you need to go sit in the corner and think about your life.  Is it 2014 yet?!

Let me know what you guys think.  Is Marvel going to sequel heavy?  Do you wanna see a Nick Fury movie or another property first?  If they make Nick Fury should it be a period film?  Let me know in the comments below!