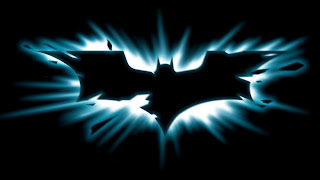 Warner Brothers put out a press release today to let us all know that The Dark Knight Rises has begun filming.  This certainly isn't surprising news since set photos have started to leak online of Gotham City Police vehicles in the streets of London.  There is nothing new in the release in terms of casting or story.  As far as I'm concerned that's a good thing though.  We know plenty at this point to keep all of us good fan-boys and girls guessing and talking about what exactly we'll see next summer.  I, for one, hope I don't know too much more until I sit my ass down in a seat at my local IMAX screen opening day.

Speaking of which, one thing that I did take from this press release was just how hard they are pushing Nolan's use of IMAX.  If you didn't see The Dark Knight on an IMAX screen you really missed out on some special sequences.  I am so happy that Nolan stuck by his guns by refusing to go 3D on this movie.  The fact that he not only isn't doing 3D but is increasing his use of IMAX for the movie is great.  From my perspective that is the direction the industry needs to be heading in.  I want increased clarity and fidelity in my images, not murky, occasionally ineffective and sometimes distracting 3D.  So I say bring on some Batman in true IMAX glory I cant wait!

Let me know what you guys think about  IMAX vs 3D.  Are you excited that filming on The Dark Knight Rises has begun, or are you already tired of the hype?  Tell me in the comments below!

You can read the full press release by clicking the jump.

Leading an all-star international cast, Oscar® winner Christian Bale (“The Fighter”) again plays the dual role of Bruce Wayne/Batman. The film also stars Anne Hathaway, as Selina Kyle; Tom Hardy, as Bane; Oscar® winner Marion Cotillard (“La Vie en Rose”), as Miranda Tate; and Joseph Gordon-Levitt, as John Blake. Returning to the main cast, Oscar® winner Michael Caine (“The Cider House Rules”) plays Alfred; Gary Oldman is Commissioner Gordon; and Oscar® winner Morgan Freeman (“Million Dollar Baby”) reprises the role of Lucius Fox.
In helming “The Dark Knight Rises,” Christopher Nolan is utilizing IMAX® cameras even more extensively than he did on “The Dark Knight,” which had marked the first time ever that a major feature film was partially shot with IMAX® cameras. The results were so spectacular that the director wanted to expand the use of the large-format cameras for this film.
The screenplay for “The Dark Knight Rises” is written by Christopher Nolan and Jonathan Nolan, story by Christopher Nolan & David S. Goyer. The film is being produced by Emma Thomas, Christopher Nolan and Charles Roven, who previously teamed on “Batman Begins” and the record-breaking blockbuster “The Dark Knight.” The executive producers are Benjamin Melniker, Michael E. Uslan, Kevin De La Noy and Thomas Tull, with Jordan Goldberg serving as co-producer. “The Dark Knight” is based upon characters appearing in comic books published by DC Comics. Batman was created by Bob Kane.
Behind the scenes, “The Dark Knight Rises” reunites the director with several of his longtime collaborators, all of whom worked together on the “The Dark Knight.” The creative team includes director of photography Wally Pfister, who recently won an Oscar® for his work on Nolan’s “Inception”; production designer Nathan Crowley; editor Lee Smith; and Oscar®-winning costume designer Lindy Hemming (“Topsy-Turvy”). In addition, Paul Franklin and Chris Corbould, who both won Oscars® for the effects in “Inception,” will supervise the visual and special effects, respectively. The music will be composed by Oscar® winner Hans Zimmer (“The Lion King”).
The locations for “The Dark Knight Rises” span three continents and include the American cities of Pittsburgh, New York and Los Angeles, as well as sites in India, England and Scotland.
“The Dark Knight Rises” is a presentation of Warner Bros. Pictures, in association with Legendary Pictures. Slated for release on July 20, 2012, the film will be distributed worldwide by Warner Bros. Pictures, a Warner Bros. Entertainment Company.
Posted by Nickel-Eye at 5:11 PM