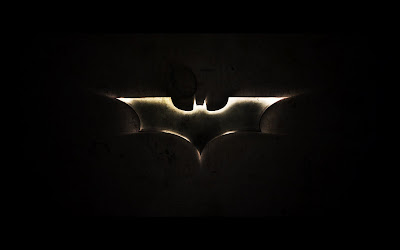 We have known for while that both Joseph Gordon-Levitt(The Lookout, 500 Days of Summer) and Marion Cotillard(Inception, Public Enemies) would appear in Christopher Nolan's latest Batman film The Dark Knight Rises.  The big question has been whom these two talented actors would be playing.  Over the last couple of months there has been speculation of everyone from Albert Falcone(Calender Man) to Black Mask to Talia al Ghul.

Well, in today's press release from Warner Brothers, officially announcing their casting, we learn they will be playing . . . no one we have ever heard of before.  Marion Cotillard will be playing Miranda Tate(a Wayne Enterprises board member) and Joseph Gordon-Levitt will be playing John Blake(a Gotham city beat cop) both of whom are original characters to the screenplay and have never appeared in the comics before.

I am excited by this news because there is plenty of precedent for this to be a ruse and these characters may end up being completely different individuals than whom we were led to believe(ie Liam Neeson played "Henri Ducard" in Batman Begins).  Even if they truly are original creations it is still encouraging to be adding even more talented actors to the mix.  Besides, I have never been a fan of having a movie perfectly laid out for me before I even sit down in the theater.  Christopher Nolan is always at his best when using abiguity and misdirection.  It's tough for any film-maker to keep his audience on it's toes, let alone when dealing with a huge property like Batman.

So I say kudos to Nolan and next summer can't get here soon enough! So read the full release and let me know what you guys think! 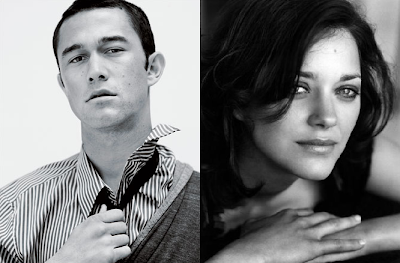 
MARION COTILLARD AND JOSEPH GORDON-LEVITT CAST
IN CHRISTOPHER NOLAN’S “THE DARK KNIGHT RISES”
BURBANK, CA, April 19, 2011 – Warner Bros. Pictures announced today that Oscar® winner Marion Cotillard (“La Vie en Rose”) and Joseph Gordon-Levitt have joined the cast of “The Dark Knight Rises,” the epic conclusion to the Dark Knight legend.
Cotillard will appear as Miranda Tate, a Wayne Enterprises board member eager to help a still-grieving Bruce Wayne resume his father’s philanthropic endeavors for Gotham.
Gordon-Levitt will play John Blake, a Gotham City beat cop assigned to special duty under the command of Commissioner Gordon.
The film reunites the actors with Christopher Nolan, who recently directed them in the award-winning blockbuster “Inception.”
The director stated, “When you collaborate with people as talented as Marion and Joe, it comes as no surprise that you would want to repeat the experience.  I immediately thought of them for the roles of Miranda and Blake, and I am looking forward to working with both of them again.”
Heading the cast of “The Dark Knight Rises,” Christian Bale stars as Bruce Wayne/Batman.  The main cast also includes Anne Hathaway as Selina Kyle and Tom Hardy as Bane.
Nolan will direct the film from a screenplay he wrote with Jonathan Nolan, from a story by Christopher Nolan and David S. Goyer.  Christopher Nolan will also produce the film with his longtime producing partner, Emma Thomas, and Charles Roven.
“The Dark Knight Rises” is slated for release on July 20, 2012.  The film will be distributed worldwide by Warner Bros. Pictures, a Warner Bros. Entertainment Company.