Pirates of the Caribbean's 5th and 6th movies to shoot back-to-back! 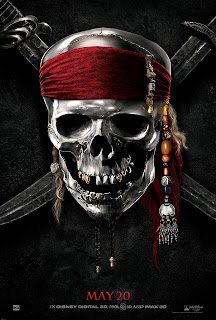 Just when you thought it was safe to go back into the water, Disney goes ahead and announces two more Pirates of the Caribbean movies.  As we all know Pirates of the Caribbean: Curse of the Black Pearl was a bit of a surprise hit for Disney and based off its success they immediately ordered two films shot back to back to create a trilogy.  After the record breaking box office take of POTC: Dead Man’s Chest and POTC: At World’s End Disney went ahead and greenlit the largest budgeted film in history with POTC: On Stranger Tides (despite the departure of Director Gore Verbinski).  Some saw it as a bit of a risk to make a fourth pirates movies since it would be the first film with Jack Sparrow “officially” being the lead character, it was being directed by Rob Marshall (Chicago, Memoirs of a Giesha) who was new to the franchise and it would be the first film to not be an original screenplay but adapted from a non-related book to provide the structure of the story.  Apparently, Disney has seen enough and not only they satisfied, but they feel confident enough that they are ready to move ahead with another set of sequels to be shot back to back as reported on HitFix.  That’s right . . . we will now be getting POTC: 5 & 6!
This really raises a lot of questions.  Obviously there are questions of logistics like when will it film (Depp is booked through the end of 2011), who will direct and will it be an original screenplay or another licensed property like On Stranger Tides

.  I think the most important question though is if audiences even want this.  I understand that Disney sees these films as their huge fantasy franchise on level with Star Wars or Harry Potter, but I’m not really sure if the public appetite is quite as strong as it was a few years ago.  More specifically, I’m not sure if my appetite is as strong . . . in fact I know it isn’t.
Look I love any kind of swashbuckling Pirate film and if you can throw in some supernatural and fantasy elements all the better, but I have got to admit I am suffering from Capt Jack Sparrow fatigue.  In very small doses in the first film I absolutely loved him; in fact he was my favorite part of the film. He was equal parts Errol Flynn, Mr. Magoo and Ozzy Osborne. As a supporting role he was brilliant, he was Boba Fett for the 21st century, the coolest guy in the room who you always wondered about. Unfortunately, the further he was thrust front and center he lost all his charm and danger to became the annoying drunk who won't stop talking to you at the party. By the end of the third film I was ready for the cast to throw him overboard. As much as the idea of Ian McShane (Deadwood, Sexy Beast) as Blackbeard excites me, I was already terrified of a film where Jack Sparrow is the true lead and now we know we will have to deal with him for another two pictures?  I don’t think that is something I am looking forward to.  At this point, unless POTC: On Stranger Tides changes my mind, I feel like I would much rather see an Orlando Bloom starring-Davy Jones film or a completely new tale with new characters than more Sparrow (something I never would have thought I’d say after the first film).  Is anyone else feeling the same way I am about this?  Am I nuts or does the POTC: On Stranger Tides trailer in ten days need to be fantastic for you to get excited too?  Let me know what you think below.
Posted by Nickel-Eye at 11:23 AM