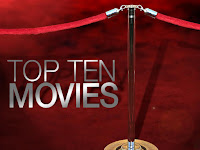 December is always my favorite time of year to go to the movies.  The studios always release a few big budget blockbusters to capture that family dollar, but they also rush out all of the films they feel may have a shot at earning some awards buzz.  Unfortunately, if you aren’t looking, some quality films can get lost in the crowd and be out of theaters before you even knew they existed.  I’ve put together a list of the ten December releases I am most excited about.  Some of the movies are so big everyone has heard of them, but you might find a couple of new titles to look forward to.  Either way, if the quality of these trailers is any indication we will all be having a very happy holidays at the theatre.

The King’s Speech
Dec (expanding)
Director: Tom Hooper
Starring: Colin Firth, Geoffrey Rush and Helena Bonham Carter
The King’s Speech is one of the movies I am most excited to see this December.  Colin Firth (Love Actually, A Single Man) is one of my favorite actors working today.  He is always able to bring an authentic humanity to his characters and seems to have impeccable taste when it comes to the projects he chooses to work on.  This film is already generating tons of awards buzz and with Tom Hooper (John Adams) the director of the fantastic The Damn United, it’s not hard to imagine why.

Black Swan
Dec 3 (limited)
Director: Darren Aronofsky
Starring: Natalie Portman, Mila Kunis and Vincent Cassel
A thriller from Darren Aronofsky (Requiem for a Dream, The Wrestler) . . . I’m not really sure what else you would need to know.  Everything the man has touched has ranged from good to great and he is one of the most intelligent film-makers working in Hollywood today.  If you can honestly watch the trailer below and not be intrigued you may need to watch it again, because I have no idea how that is possible.

The Tempest
Dec 10 (limited)
Director: Julie Taymor
Starring: Helen Mirren, Russell Brand, Alan Cumming, Djimon Hounsou, Alfred Molina and Chris Cooper
I love me some Shakespeare and anytime a big Hollywood production of one of his plays happens I get pumped.  That isn’t to say there haven’t been some big missteps in adapting the Bard to the big screen, but it is rarely for lack of trying.  The casting of Helen Mirren (The Queen, The Last Station) as Prospero has me smiling and with Julie Taymor (Across the Universe, Titus) at the helm we know it definitely won’t be boring.

The Chronicles of Narnia: The Voyage of the Dawn Treader
Dec 10
Director: Michael Apted
Starring: Ben Barnes, Skander Keynes, Georgie Henly, Liam Neeson, Simon Pegg and Tilda Swinton
Laugh at me all you want to, but I cannot get enough of The Chronicles of Narnia franchise.  I hear all the criticisms about it being lightweight and dumbed-down fantasy.  I am also aware that the obvious Christian allegories bother some viewers.  I couldn’t care less about these arguments.  The Chronicles of Narnia have been fun, quality fantasy films; the first two films have delivered more sense of magic and wonder than Peter Jackson’s Lord of the Rings trilogy ever did.  If you can’t see how badass Tilda Swinton’s (The Deep End, Michael Clayton) White Witch is, you need to reevaluate your priorities.

The Company Men
Dec 10 (limited)
Director: John Wells
Starring: Ben Affleck, Chris Cooper, Kevin Costner and Tommy Lee Jones
I’m really torn on John Wells (ER, Third Watch) and have been for awhile.  He has created some incredibly consistent and watchable television over the years, but his work has always seemed a little insincere for my tastes.  In my opinion he took the most well written show in TV history (The West Wing) and turned it into another primetime soap.  I am however willing to forgive and forget if he can show me an authentic voice with his first feature film, The Company Men.  I have got to say that with this cast and enjoyable trailer my ass will be in the seat, now it’s up to Wells if he does anything with it.

The Fighter
Dec 17
Director: David O Russell
Starring: Mark Wahlberg, Christian Bale and Amy Adams
The Fighter is a movie I am really rooting for.  Mark Wahlberg (Boogie Nights, I Heart Huckabees) has been trying to get this film made for the better part of the decade and it’s finally here.  The fact that he brought along the talented duo of David O Russell (Three Kings, Flirting with Disaster) and Christian Bale (The Dark Knight, Rescue Dawn) is just icing on the cake.  I mean who doesn’t love a good boxing movie right?

TRON: Legacy
Dec 17
Director: Joseph Kosinski
Starring: Jeff Bridges, Garrett Hedlund, Olivia Wilde and Michael Sheen
We are over two weeks away from its release and you already can’t escape the TRON hype.  This movie is everywhere and it will only get worse over the coming weeks.  But, let’s forget about the hype, the budget, the toys and the box office projections for a minute and just marvel at the fact that this movie even exists.  Whether the final product turns out to be the best movie of the year or a complete flop, we are getting a $200 million passion project aimed squarely at sci-fi fans.  That sounds pretty great to me.

Somewhere
Dec 22 (limited)
Director: Sophia Coppola
Starring: Stephen Dorff and Elle Fanning
This movie may not be for everybody, but it is something that I will definitely be checking out.  Sophia Coppola (The Virgin Suicides, Marie Antoinette) has proven in the past that she can have a very deft touch when it comes to smaller quiet films.  After Lost in Translation, Sophia Coppola's further meditations on fame certainly has my interest piqued.

True Grit
Dec 22
Director: Joel and Ethan Coen
Starring: Jeff Bridges, Matt Damon, Josh Brolin and Hailee Steinfeld
I have expressed my excitement for True Grit before but I am just as pumped to see this now as I was the day it was first announced.  We need more westerns coming out of Hollywood and hopefully the Coen Brothers (Fargo, No Country for Old Men) can start a trend.  So click on the trailer and bask in Rooster Cogburn’s glory and smile, because for the next month the biggest movie star on earth is the great Jeff Bridges (Crazy Heart, The Big Lebowski)!

Dec 31
Director: Derek Cianfrance
Starring: Ryan Gosling and Michelle Williams
This is the movie I am most looking forward to this holiday season.  The thing is, I am at a bit of a loss to tell you why.  I’m sure a lot of it has to do with the presence of Ryan Gosling (Lars and the Real Girl, Half Nelson) and Michelle Williams (Brokeback Mountain, Shutter Island) two of the strongest young actors working today.  I would like to say that it is the anticipation of seeing a big film from Director Derek Cianfrance (Shots in the Dark).  The reality is though that I haven’t seen a frame of his work.  It certainly isn’t the mess that has been brewing over the movie’s rating.  No the simple fact of the matter is that I saw the trailer and was blown away.  I cannot remember the last time (if ever) I saw a trailer that delivers the raw beauty and emotion that this one does.  I have no idea how I will feel about the film when I see it, but I know that this is a film that demands my attention.

So that is the list of my ten most anticipated films to hit theaters before the end of the year (I didn’t include movies which will only be in NY/LA by New Years).  Which ones are you guys most looking forward to?  Or do you feel I left out some deserving candidate?  Let me know what you think in the comments below.
Posted by Nickel-Eye at 5:41 PM