OK, I just got that rush of excitement that can only ever come from unexpected but amazing news.  We have been hearing rumors for years about a Steven Spielberg (ET, Jaws) directed Lincoln biopic, but the assumption was that he would be re-teaming with Liam Neeson (Schindler's List, Rob Roy) for the film.  Lately, between Neeson's advancing age and Spielberg's always very full plate, it seemed like it would never happen.  Well it was officially announced today, that Steven Spielberg would in fact be shooting Lincoln next year and that Daniel Day-Lewis (My Left Foot, Gangs of New York) will star in the titular role.  I can't begin to express how perfect I think this casting is.  Daniel Day-Lewis is arguably the world's greatest living actor and to have him play our most beloved president in a movie directed  Steven Spielberg, well I don't know what else you can want from a Hollywood movie!  The movie is going to shoot next year for a release at Christmas 2012, and be written by Tony Kushner (Angels in America, Munich).  Now I wanna go watch Amistad and There Will Be Blood to keep this euphoria going!  Are you guys feeling this news the way I am? 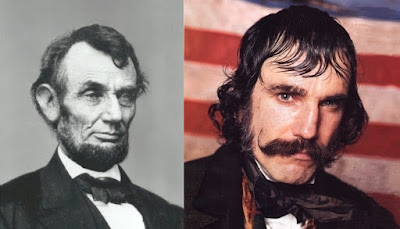