Throwback Thursday - The Last of the Mohicans

Note:  Throwback Thursdays is a weekly column in which I will take an in-depth look at films of the past.  A movie can be chosen for any reason, the only rule is that it has to be at least one year old.  If you have any suggestions of movies you’d like to see in the future please leave a comment and let me know.

Most movies coming out of Hollywood are so simplistic that they can be easily summed up in one sentence (or even less).  The Last of the Mohicans is not one of those movies.  It is a story of the French and Indian War told with the immediacy of a contemporary expose; it presents its characters and details with an almost obsessive level of authenticity, yet allows their narrative to take on a myth-like structure; it contains rousing action yet has deep socio-political undercurrents.  The Last of the Mohicans isn’t some puddle deep blockbuster, but a piece of art looking at a complicated moment in history with a layered and complex point of view. 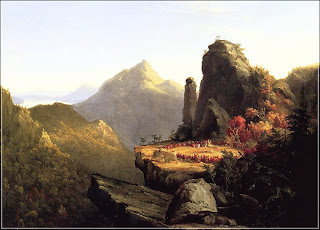